The Australian leg of Green Day’s 21st Century Breakdown tour took a slight turn to the scary when the band had to cancel and reschedule the last night in Melbourne unexpectedly. It seems that the day before, one particular member of the band… the lead singer to be exact… had a bad case of the runs after eating something bad. Greendaylove38 suggested that it was a bad kangaroo, but who knows what the heck he ate?

Proudweirdo from the GDC was at the rescheduled show and posted this video of the band performing “East Jesus Nowhere,” and Billie mentions the “d” word (dysentery) and the band goes on to save five lucky Australian souls:

Thankfully, he’s doing good now, and Australia experienced a number of wonderful things, including Jet pranking Green Day at the Melbourne show (male strippers, can’t wait for that video) as well as Tre’s birthday celebration, where he turned 37 years young. Thanks to Cynnasaur, we have birthday cake madness during “King For A Day”:

The lovely Kerry from Australia was lucky enough to experience all of Rocktober in England as well as the Down Under Rampage in Australia. She posted a shiteload of photographs on Facebook, but unfortunately, they are set to Friends only. I asked her if I could post a some from the tour (I’ll post more if I get a chance), and here are a few of my favorites: 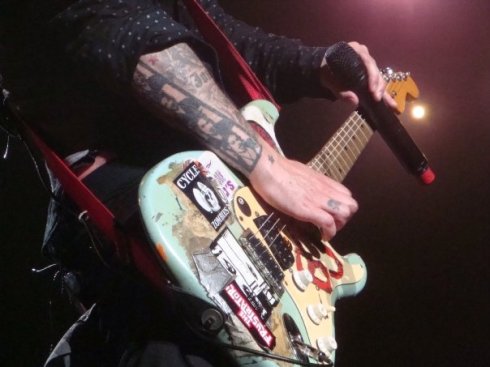 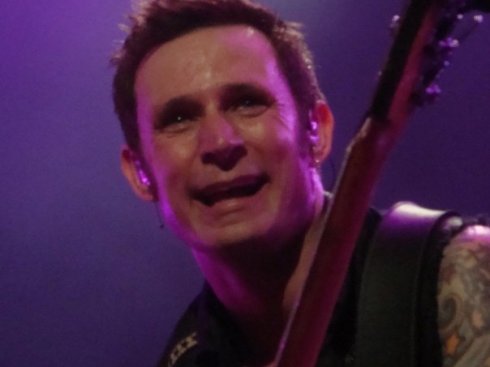 Mike in Australia by Kerry Harris

Green Day now moves on to the Kiwis, with two shows in Auckland on December 18th and 19th. Hopefully no one will come down with dysentery there!

Writer, blogger, archivist, not a mom. Three cats. Used to go to a lot of punk shows. END_OF_DOCUMENT_TOKEN_TO_BE_REPLACED
This entry was posted on Thursday, December 17th, 2009 at 1:30 am and tagged with Australia, birthday, Brisbane, dysentery, Green Day, Melbourne, Tré Cool and posted in 21st Century Breakdown World Tour 2009-2010. You can follow any responses to this entry through the RSS 2.0 feed.
« Green Day Rock Band Trailer
Green Day Pranks Prima Donna »