21st Century Breakdown Video – Only Available Outside of the U.S. 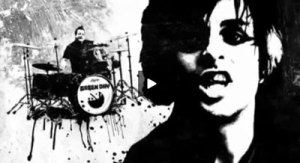 The new Green Day video to the International release (except for the United States) of “21st Century Breakdown” came out this morning. Americans can’t view it yet, but until further notice you can stream it here.

And thank you, Green Day Authority.

Update: Stupid Warner Brothers asked the GDA to take down the video. Maybe next time that they release a video without giving it to the actual fans, they’ll think twice about their marketing, but I doubt it. Warner Brothers makes one stupid decision after another regarding Green Day material, so I don’t expect it to stop anytime soon. You can now buy the video to “21st Century Breakdown” from iTunes. Thank you Andres, for giving them an earful, too… even if they really could care less about a band’s fans.

Update 2: Green Day has uploaded the video to “21st Century Breakdown” to their Myspace page.

UPDATE: The Myspace link sometimes says you can’t get the video in the States. Don’t know if this really works, but try this also: http://vids.myspace.com/index.cfm?fuseaction=vids.individual&videoid=64375394