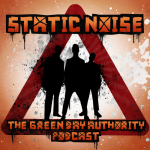 Last week, the Green Day Authority began a new weekly podcast that’s now available on iTunes. The first episode is out and features GDA admins Andres and Alex as they talk about the new podcast and discuss all things Green Day. You can listen to last week’s show on iTunes or at the Green Day Authority itself. There’s a link on the site to the Green Day Community, where you can see the topics discussed and a mess of links to Green Day Rock Band and Rock Band Contests, European tour updates, American Idiot on Broadway news, and a few articles that featured the band, including Vogue, Kerrang! and Big Cheese! [Click the links to view scans.]

I’m not too sure about the Vogue spread, it’s a strange magazine to see the band in, but it’s got some interesting insights on the “Rebel Yell” in regards to a new slew of musicals out in New York, including American Idiot, Fela! and Bloody Bloody Andrew Jackson. While I haven’t seen Fela!, Bill T. Jones’ work on the legendary singer and leader, I have taken the opportunity to see Bloody Bloody and I highly recommend the show. It’s currently at Joe Papp’s Public Theater in New York’s East Village and tells the tale of Andrew Jackson’s American presidency in rock ‘n roll musical form. The show has been extended three or four times off-Broadway and it’s slated to move to the Broad Way later this year. The guy who plays Andrew Jackson is pretty hot, too, so I guess along with great music and book, a great theme surrounding American exceptionalism and the awful Trail of Tears (the forcible removal of Native Americans from the South to the West,) and awesome set design, it’s certainly worth a look! It’s also quite funny and surprisingly even-handed on handling both good and bad criticism of Jackson’s presidency and the American public itself.

The next podcast will be available for download on iTunes on June 8th, and there will be, I’m sure, extensive talk on Green Day’s Rock Band as that is the game’s release date also. On June 16th, tune in for Andres Martinez, joined by Green Day Community Admin J’net Newton and Katie Pansy McGrogan, one of the two fans chosen to come to New York to cover the American Idiot opening.  Katie will talk about her moments on the red carpet and all three discuss the opening night cast party that they attended at the Roseland Ballroom. A “don’t miss” for fans of American Idiot!

A big shout out goes to Violeta Kalfova, who did the artwork for the GDA’s “Static Noise” Podcast Cover. The talented Violeta also does the banners for this site. Awesome as always, Violeta!* 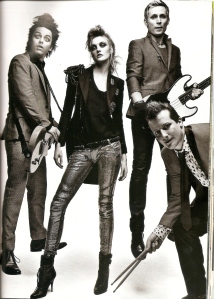 *GDA and GDM share no official affiliation, but definitely share an appreciation of the same subject matter!