This is the End, Pt. II: Green Day Rocks Europe (and Other Stuff) 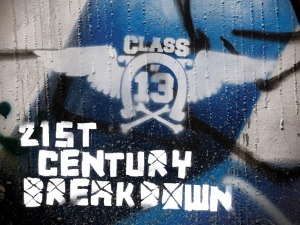 Tonight was Green Day’s last European tour stop in Turin, Italy. From what I have read on Prima Donna’s Facebook, they were pranked by Green Day, but got the boys back with a case of mangina. I have no idea what either prank consisted of besides the mangina (which sounds dirty), but it warmed my heart to hear that Prima Donna got them back. I only wish that every opening band were as bold and brave as both The Bravery and Prima Donna. Let’s hope for videos soon!

As for the tour, Green Day ripped through arenas in Europe from Germany to Spain to France to the Netherlands, Norway, Italy and many points between. They shared some fantastic moments with thousands of fans who heard their clarion call and were able to join them in their second homeland, the United Kingdom, for Rocktober. I was one of those who were able to follow the call, and 250 lucky fans (me not being one of them), got a rare treat from a crazy band known as the Foxboro Hot Tubs.

Do not be sad, Europe, for the boys will be back in the summer of 2010. Stadium gigs have already been announced for Manchester (June 16), Wembley (June 19), and Paris (Parc de Princes, June 26). Tickets for Manchester and Wembley are on sale now, and will be on sale for Paris on November 20th. In addition, Green Day is still rumored to be the headliner band at the huge Irish festival at Slane Castle sometime in August, so hold on to your hats, Ireland, for that one!

I have a ticket for Wembley and I’m hoping for Manchester, too, if I can find a plane ticket that won’t break my back. We’ll see.

In the meanwhile, the band flies back into the States this weekend, just in time for the closing nights of American Idiot out in Berkeley. There’s good news about American Idiot as well: it is certainly moving to Broadway, according not only to an article in Playbill, but also a casting call for Equity actors that was posted today as well. While the theater and opening hasn’t been set yet (I have a feeling this may be announced this weekend when the boys come back to Berkeley, but it’s only a hunch), all roads lead to Broadway…. for good or ill. In regards to the casting call, Actors Equity rules state that all new shows must have open casting calls for Union actors, so that doesn’t necessarily mean that the show’s current actors won’t be in any future production.

Well, that’s it from Europe for now. There is much more coming soon over the next two months, as Green Day takes a break in California to be with the family, perform a free concert in Los Angeles, head to Australia, and come back home for New Year’s Eve, where they will be performing from Los Angeles for the Carson Daly Show. That last bit of news kinda broke my heart. A press release from the Carson Daly Show posted at the Idiot Club presented the show as if Green Day would be heading to Times Square itself for the New Year. I was so excited because the Idiot Club will be giving out tickets of some sort to the event. However, it’s been confirmed that they will be playing from Los Angeles (though some believe that the free taping on November 23rd from Los Angeles will be a canned performance for New Years), and my heart sank deep when I heard that bit of news. Alas, shit happens and it’s all good… as long as I get to see them again some time next year.

Until Green Day heads off to Australia for more performances, here they are performing “Letterbomb” for the first time on this tour, at Wembley Arena on November 1, 2009: