On this Martin Luther King, Jr. Day when I’m writing this announcement, I’d like to take a moment to say a word of thanks. Who would I like to thank, besides Dr. King? Well, I’d like to thank all of you who have stopped by Green Day Mind to read and say hello. I appreciate your visits and comments and I hope we all have a great 2011!

I’d like to also take a second to thank those people throughout time immemorial (like Dr. King) who have contributed some positive hand to the rights of man, beast, and land. The world is a crazy place and we each have our own beliefs, but it’s nice when people can come together on at least one or two basic issues. Your issues will differ from mine, and that’s OK. My beliefs tend to center around the ideal that people deserve life, liberty and the pursuit of happiness, free from genocide and war with the ability to take care of their families and community, have safe water, healthy natural resources, and sustainable energy. While that sounds all high-minded, let’s not forget the most basic right, the inalienable right to party (or celebrate, you take your pick)! 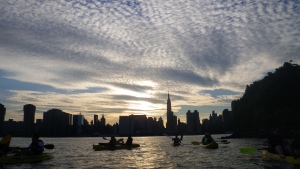 While everyone won’t agree on everything, I hope we can concur on one thing: that a clean, robust and healthy planet is probably better than a filthy, dirty and rotten one. I think about the environment at lot, particularly about the waterways of the world and especially about the ones here in New York City.

New York is a City of Water, filled with massive and powerful rivers, tiny inlets, and an ocean just a subway ride away. If there’s one thing that is true, humans and animals alike cannot survive without clean water. While that’s true, we also need to use waterways for transport and industry. How we balance the two needs, human consumption and industry (as well as sanitation issues), makes all the difference between dead and healthy seas.

New York City’s waterways were a mess from industry and pollution, but they have come a long way toward health and less pollution over the last ten years. Once absent dolphins and seals have been spotted here and there in the East River in small numbers, a sure sign of potential health. Clean rivers prompts crazy people like me, as part of the Long Island City Community Boathouse, to take little boats out for kayaking good times. The kayaking is free at the LICCB and we encourage the community to jump back into the water. In recent years, I’ve kayaked around the island of Manhattan at night for ten straight hours, resting at small beaches and other free public kayaking clubs around the borough. I’ve seen beautiful shoreline in Staten Island, Queens, Brooklyn, Manhattan, and the Bronx, as well as the harsh remnants of the Five Borough’s broken industrial docks and rotting timbers.

On the whole, it’s a beautiful sight. Except for a few nasty places here and there, like the Gowanus Canal in Brooklyn or the Newton Creek. The latter small creek, located between the boroughs of Brooklyn and Queens, was and still is, an industrial wasteland. Back in the day, a massive oil spill combined with oil leakage from the companies that used to thrive along the riverline, has rested at the bottom of this creek for a long, long, time. After years of petitioning and review, the Newtown Creek is now a Superfund site and as such, the restoration of its health is a National priority. Here’s a story at Gothamist about the Creek, and includes a photo that I took while kayaking down the inlet a while ago. Here’s a full set of Newtown Creek photos that I took from 2007 on Smugmug. 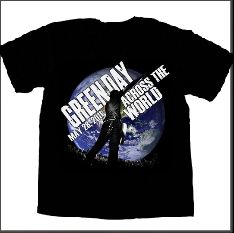 We are lucky here in New York, but a lot of places aren’t so lucky. Pollution, poverty, lack of sanitation, et al, takes a toll on the water and the land, wherever you are. If you like a clean environment and are looking for a good cause, there’s a fan-based initiative that started at the Green Day Community over the last four months called “Green Day Across the World.” I am not quite sure who the idea started with, but it ended up being a collective effort ultimately organized through sheer tenacity and true grit into the “Green Day Across the World” environmental event. It’s a day to honor both Green Day and a green world. The event will take place on May 28, 2011 in a city and town near you.

Please note that this is a fan-based initiative and it’s going to take fans to pull it off, which means you! If you’d like to learn more about both the event and what you can do to host an event in your city, town or area, please visit the Green Day Across the World website or click the logo above. You can come up with your own environmental themes and issues. To get involved, you can send a message directly to dawnwilcox1@gmail.com and can also find them on Facebook and Twitter @GreenDayATWrld.

From what I understand, Billie Joe and Adrienne have both heard of this event and while I do not know if they have officially endorsed it, they are said to be enthusiastic about it. Find out more information from the website on prizes, t-shirts, action groups, and events. I believe that all money except for operating costs will go to the National Resource Defense Council. I’ll write more in the coming months about the event as details unfold!

I did not help to organize this event, so all questions should go the email above for more information. 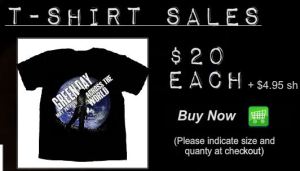 Green Day Across the World