The biggest day on Broadway is happening tomorrow night and American Idiot is nominated for three Tony awards: Best Musical, Best Set Design (Christine Jones), and Best Lighting Design (Kevin Adams). American Idiot is up against three shows for the top award: Memphis, Fela!, and Million Dollar Quartet. Rumors have it that the American Idiot cast will do two songs (or portions of them) for the broadcast: “Boulevard of Broken Dreams,” and “American Idiot.”

Green Day will be flying in for the awards after their gig tonight in Austria to perform with the cast. It’s a long ride, but I could never picture them missing the Tonys. This show is their baby and the cast kids have become family to them. Break a leg to the entire cast and crew! No matter what happens tomorrow, always know that you fucked Broadway up in the best possible way: by daring to make a loud and fast musical unlike others.

Watch the MTV Full Special on the Show Here.

From the Tonys site, here’s the rundown of tomorrow’s action:

On June 13 – Tony night – the fun begins even before the audience members take their seats at Radio City Music Hall®.

7:10 p.m. ET – The Creative Arts Awards
Then at 7:10 p.m. ET, you’ll be able to watch our live webcast of the InterContinental Hotels® and Resorts Creative Arts Awards, hosted by past-winners Karen Olivo and Greg Jbara. This is the portion of the awards ceremony that takes place immediately before the CBS telecast.

Note for West Coast fans: the telecast will be aired on time delay at 8:00 p.m. PT.

Here is more information regarding the broadcast:

International Fans may have to watch them on a few days delay on television. Here’s the Tony Awards site regarding broadcasts.

The Tony Awards will stream the Red Carpet, the Creative Awards, and the Press Room Live. I do not know if this can be accessed by International Fans. Tony Awards site link can be found here.

In New York City, you can watch the live broadcast from Times Square on a jumbotron, including the Red Carpet entries. The simulcast will happen rain or shine. More information about this can be found at the Tony Awards site. 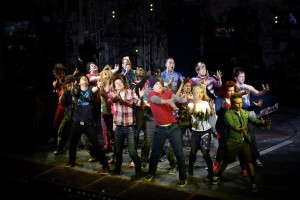 Writer, blogger, archivist, not a mom. Three cats. Used to go to a lot of punk shows. END_OF_DOCUMENT_TOKEN_TO_BE_REPLACED
This entry was posted on Saturday, June 12th, 2010 at 2:02 pm and tagged with Green Day's American Idiot (Musical), Tony Awards You can follow any responses to this entry through the RSS 2.0 feed.
« Something to Believe In – The Razorbax – Punks Play for Autism – London, Friday, June 18, 2010
The Tonys What? – American Idiot Wins Two Tony Awards »